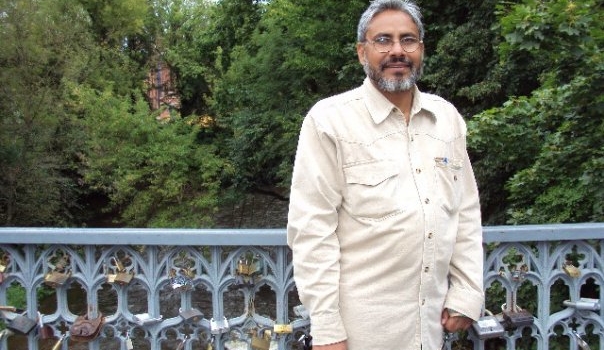 The government’s decisions on the Kashmir-problem, the temple-mosque dispute, the Assam-problem (National Register of Citizens) and the Citizenship Amendment Act highlight five things: (1) That the decisions are motivated with an intention of communal polarization. (2) That the role of democratic institutions and processes has been merely perfunctory in these decisions. (3) These decisions are not characteristic of a responsible government so far citizens of the country concerned . (4) These decisions have resulted in more confusion than clarity. (5) The decisions also act as a distraction from the failures of the economy.

The job of a government is to maintain peace and prosperity in national life by following the Constitution. The current government has a majority, and also a declared agenda. This government is using its majority to fuel the forces of majoritarianism. As a result the penetration of bigotry is making inroads into majority Hindu society, whose mainstream had been liberal. This anti-constitutional posture of the government is causing irreparable damage to the Indian nation-state and national life.

It would have been better if the Bharatiya Janata Party (BJP), which entered into a joint government with the Peoples Democratic Party (PDP) in Jammu and Kashmir, would have introduced the bill on the solution of the Kashmir problem in the state assembly for an open and wide discussion; it would have been better had the government decided to build a temple at the disputed site in Ayodhya by making laws in Parliament on the strength of the majority instead of using the Supreme Court to make the judicial process meaningless; it would have been better had the implementation of the National Register of Citizens (NRC) been restricted to Assam only as before; it would have been better had the Citizenship Amendment Act (CAA) not have made a reference to the religious communities and would also have included refugees coming from Sri Lanka, Nepal, Myanmar and China. Whether or not to grant citizenship to refugees of any country or religion is always a prerogative of any government. If the current government was desirous of granting citizenship only to Hindus who are victims of persecution in Pakistan and Bangladesh, it could have done so without tampering with the constitutional secular character of the country. With this step of the government, the image of India as an anti-constitutional and communal country is being created in democratic countries abroad. The government should take a serious note of this international criticism and make necessary changes at least in the Citizenship Amendment Act at the earliest.

It’s a known fact that a large number of Bangladeshi people illegally come to India in search of livelihood and then continue to live here. It is the job of government and administration to identify them. However on this pretext, it is not appropriate in any way to create a ruckus about the citizenship identity of the entire population of the country. I have a suggestion to make here. The Government of India should identify Bangladeshis and arrange to give them work permits for a certain period of time. The permits of those whose conduct and work are good can be extended further. There is no question of giving citizenship in this. They are all poor labourers working in unorganised sector. Persecution/harassment is not just religious or political. India can also suggest the inclusion of perpetual poverty in the category of persecution by the United Nations and governments.

The communal and secular camps in India should be grateful to Gandhi for at least one of his contribution i.e. he withheld the Muslims in India at the time of Partition. They are of use for both the camps. Had it not been for Muslims in India in such a large number, most probably Modi would not have been the Prime Minister of India and his lieutenant Shah Home Minister. If there were no Muslims, the business of secular intellectuals would have been diluted. The Muslims are also necessary for the leaders of social justice politics. After their castes, the Muslims compensate for votes which enable them to rule. The Muslims are also cultivating votes for Aam Aadmi Party (AAP), which has come straight from the womb of neo-liberalism. It is not always appropriate to blame the ulema for the problems of Muslims. It was the responsibility of the country’s leaders, intellectuals and the enlightened civil society that the hard working Muslim population should not remain in the grip of the ulema and become independent citizens. At the most, it can be said that as much as the ulema want a Muslim devoid of civic consciousness, so does the communal and secular camps.

It has been over a month now. The Muslims are the axis of the voice against the CAA/NRC/NPR in the entire country. This movement is spontaneous to a large extent. The participation of young people and the women has made this movement unique. Shaheen Bagh’s dharna in Delhi, despite many allegations and counter-allegations, has become a symbol of the spontaneous movement which has had an impact on other cities of the country. This indicates that at least a large part of the Muslim population is becoming essential to themselves as citizens for the first time. The Prime Minister’s attention has also gone to this side. He had earlier taunted the dress of those opposing CAA/NRC/NPR. Then he expressed satisfaction that it is a good thing that Muslims have started carrying tricolor. However, the agitators need to keep in mind that as the neo-imperialist slavery has been tightened, the waving of the tricolor has become much faster. The tricolor is no longer the flag of India’s pride and sovereignty, as much as the flag of corporate politics.

Some such voices are also heard that new leaders will come out of the anti-CAA/NRC/NPR movement. Hope and possibilities should always be welcomed. But in view of the crisis, there is a need for new political understanding and ideology against the new imperialist system, not the new leaders. New leaders are coming out constantly. Among them are the children of established leaders and children of the Ford Foundation (those who are funded by various foundations through big NGOs), as well as community/caste based leaders. One would soon come to know that the community/caste based leaders are either sponsored by big parties like BJP-Congress or regional parties or they become leaders due to some public resistance, and sit in the lap of established parties. If this is the achievement of the thirty years of anti-imperialist struggle in India, then it is a matter of serious concern. All the youth, including the Muslims, who understand the meaning and function of the national independence, should consider it to be a little stagnant.

Due to the upcoming assembly elections in Delhi, the political parties have a particular interest in the anti-CAA/NRC/NPR movement. The BJP is trying to make it in its favor by propagating that it is a movement of the Muslims only. It sees the movement of Shaheen Bagh as beneficial for polarization of Hindu votes in its favour. The ruling Aam Aadmi Party (AAP) in Delhi state has not categorically opposed the CAA/NRC/NPR saying that Hindus are also involved in the movement. It has made this strategy to confuse both Hindus and Muslims. Chief Minister Arvind Kejriwal has already spoken of ‘Hindu-interest’ by calling the Supreme Court’s decision to build a temple in Ayodhya in place of a mosque as historical. Although the Communists have no popular support base in Delhi, they support AAP. The Congress has already been labeled as a ‘party of Muslims’. It has undoubtedly taken a risk by openly opposing CAA/NRC/NPR. Anyway, it will be interesting to see what shape/form the politics of the new leadership takes which is being projected by the movement. Movements are also a game of possibilities!

The writer is a teacher of Hindi at Delhi University.