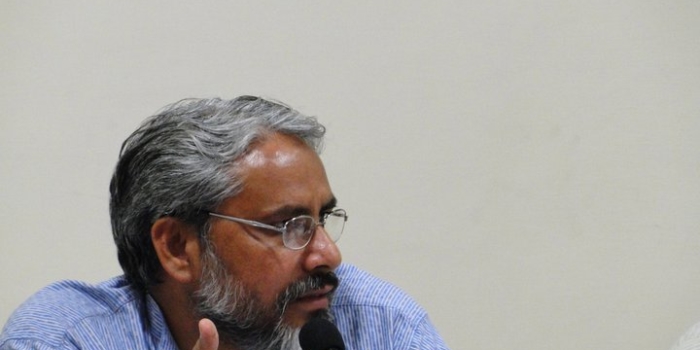 The aggressive Kashmir policy of the Modi government has led to the present conflict with China. China is trying to create a siege around India. The Chinese policy experts are creating an impression through China’s media that the Chinese army can enter Azad Kashmir and confront India just as India has entered Bhutan and challenged China. The Chinese media has been publishing articles and photos from the museum of the Indo-China war of 1962. If Kashmir Chief Minister Mehbooba Mufti and West Bengal Chief Minister Mamata Banerjee have said to the Union Home Minister that China is interfering in Kashmir and the Darjeeling hills, then it should not be taken lightly.

Unfortunately, the government is engaged in spreading communal hatred in the country rather than paying attention to serious issues like the security of the country’s borders. Rashtriya Swayamsevak Sangh’s campaigners and the media inspired by them are creating hatred against the people of Kashmir as if they are not Indian citizens and an integral part of India. They have linked the agitation of boycotting Chinese goods to the Kashmir problem. It has long been clear that China supports Pakistan and opposes the UN ban on international terrorists like Maulana Masood Azhar. But for the first time, RSS campaigners and the media have started a campaign in the country by linking China to the Kashmir issue. The level of their hatred is such that they are not tolerant even about the show of goodwill expressed by Mehbooba Mufti and Rajnath Singh on ‘Kashmiriyat’. The RSS and the media perceive it as a false show and refuse to see the condemnation of killings of pilgrims of Amarnath Yatra by separatists and human rights groups of Kashmir as an expression of Kashmiri sentiment. Meanwhile, the Chief of Army, General Vipin Rawat, by saying that they are tackling the challenge on two and half war fronts, has made it clear that he is treating Kashmir as ‘half-war front’. Opening several war fronts at one time is neither strategically nor practically beneficial for any country.

India’s socialist thinkers and leaders have long been aware of China’s ambitions as an expansionist country. On getting an opportunity, China is most likely to take a chance at trying to surround and weaken India. This is the reason why Dr. Rammanohar Lohia had delineated a Himalayan Policy and discussed the establishment of friendly relations with the North-Eastern states including Nepal, Bhutan, Sikkim and Kashmir by strengthening democratic movements in them. Lohia believed that this would secure India’s borders.

But the Modi Government, rooted in RSS ideology based on narrow communal considerations, follows a ‘Hindu Policy’ instead of Himalayan Policy. This is the reason why relatively ‘peaceful’ Kashmir during the UPA government has exploded under the NDA government. The BJP’s rage against Mamata government in Darjeeling is also singeing Sikkim. Nepal has, in the recent years, leaned extraordinarily towards China. This is despite the extraordinary relief measures given during earthquake and Prime Minister Modi’s visit to Pashupatinath. China is marking certain places in Arunachal Pradesh. Bhutan and China are negotiating with each other without actually having diplomatic relations, irrespective of a month-long tension with Indian army in Doklam.

Dr. Lohia clearly stated, “I do not have to make any long historical debate about Tibet. I think Tibet should be free. She has been free. There was a time in history that Tibet has ruled China.” Dr. Lohia also wanted to prove that at one point of time the King of Ladakh had gifted Kailash Manasarovar to Tibet, but he kept the adjoining Mansar village within his regime and used to charge tax. In this situation, the treaty of 1890 between the British and China, about which Prime Minister Nehru himself was not very keen, must therefore be rejected by India. In addition to this, there is the need to strengthen the claims of India over places like Kailash Mansarovar.

India should also claim 90,000 sq. km. of land which China has occupied. A resolution should be passed Once again in the Parliament in this matter and the government, taking the opposition in confidence, should show that India is united on Doklam issue. India as a sovereign country is open to dialogue in order to resolve the border dispute with China, but is not willing to accept China’s expansionist ambitions.

It should not be forgotten that the dispute of Doklam Plateau, located on the border triangle of Bhutan and Sikkim, is different from the Daulat Beg Oldi (2014) and the Chumar (2013) controversies. At that time the Chinese army was ready to negotiate and the matter was quickly settled. But this time China has made the condition that the talks will happen only if Indian forces withdraw from Doklam. India should take a firm stand on this issue keeping its security and national dignity in view. China has started closing upon India by strategically entering countries like Nepal, Sri Lanka, Pakistan, Bhutan, Bangladesh; and declaring ‘One Belt One Road’ scheme as a mantra of development in the region.

India must not forget that present-day China is not China of Deng Xiaoping. It is the aggressive China of Mao Tse-tung’s times, one that has survived the crisis posed by the disintegration of communist countries like Soviet Union and internal rebellious upsurges like Tiananmen Square. The ruling class of China, like India, is acting on the policy of aggressive nationalism rather than a practical foreign policy. But the difference is that in China’s nationalism, there are no narrow social and religious divisions, the kind that the RSS and its outfits are creating in India. India can stand firm and united against China only if the RSS/BJP stop such campaigns to spread fanaticism-based hatred in the country.

The matter is not just about boycotting the Chinese goods. This hypocritical economic stamina is not of any use if you are purchasing Sardar Patel’s statue from China. If the boycott idea is really serious, then the goods of all the multinational companies should be boycotted. This will happen only when the policies of liberalization and globalization are boycotted, against which there was a tremendous demonstration in Hamburg. This is the only option to protect the resources of this country from the loot of multinational companies and corporate houses. The hard-working masses of the country will be able to stand up firmly against any foreign power only after such measures are taken for the country’s integrity.