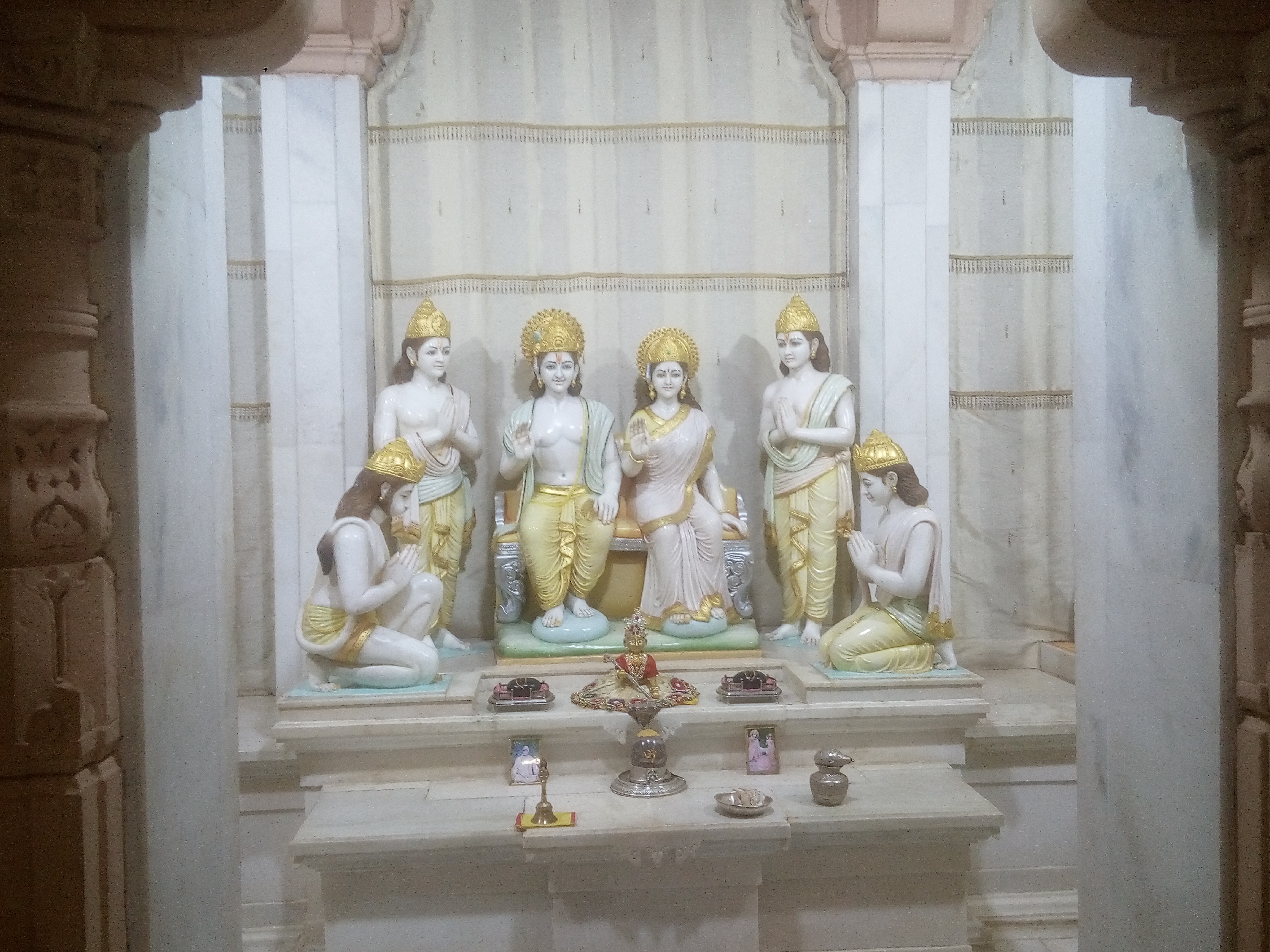 The usual picture that one would see of Ram would be with Sita, Laxman and Hanuman, of what is called the Ram Darbar. It was not a tradition to have isolated picture or idol of Ram. Even the common greeting was ‘Jai Siyaram,’ Sita’s name appeared together with Ram’s.
Then came the Ram temple movement. A picture of Ram in aggressive posture with arrow mounted on the bow, his hairs flying towards back, appeared during Lal Krishna Advani’s rath yatra. The Vishwa Hindu Parishad converted a family Ram to an aggressor Ram. Jai Siyaram greeting transformed to slogan ‘Jai Shri Ram.’ If the purpose of Vishwa Hindu Parishad had been to spread the message of Hindu religion then a Ram Darbar picture would have been sufficient. But VHP was interested in milking political advantage out of the temple campaign. Hence the character of dignity personified Ram was changed.
Now Ram had waged a war against Ravan. Where would one find a ravan in this age? So, it was decided to target the Babri masjid in Ayodhya. In the name of Ram temple movement workers of Vishwa Hindu Parishad, Rashtriya Swayamsewak Sangh, Bhartiya Janata Party, Hindu Mahasabha, Bajrang Dal, Shiv Sena launched an attack on the dilapidated structure of Babri mosque. It was BJP which was in power in Uttar Pradesh and in the Prime Minister Narsimha Rao they found a Vibhishan, someone who was willing to help them in demolition of the mosque.
The Ram temple movement helped in polarization of votes which helped the BJP. But in the process they have communalized the entire society and pushing the real issues affecting people like poverty, illiteracy, malnourishment, sorry state of affairs of health care, farmers’ suicides, issues of injustice against marginalized sections of society now cow slaughter, Pakistan, Kashmir, love-jihad, anti-Romeo squads, triple talaq have become the dominating issues in politics. People who differed from the views of Hindutva politics became its victims. Individuals like Dhabolkar, Pansare and Kalburgi were murdered. The politics of religion soon turned into politics of hatred and Muslims became the easy target. Muslim citizens on suspicion of having consumed beef or while carrying cattle from one place to another had to pay with their lives. The seeds of this kind of violence were inherent even in the Ram temple movement. The cases of Muslims murdered in Ayodhya on 6th December, 1992 during the frenzy of masjid demolition have not been registered to date.
The path on which the Hindutva forces are taking this country will make it a fundamentalist nation. Is this the concept of Ram rajya?
This country will have to be saved from the politics of Hindutva. It will have to be ensured that followers practice the true tenets of their respective religion and live peaceably. For peace and happiness in society communal harmony is essential. For communal harmony the syncretic aspects of religion will have to be given preference over the fundamentalist streak in it.
Here the efforts made by famous preacher of story of Ram from Gujarat Morari Bapu are worth mentioning. The idols of Ram, Laxman and Hanuman that have been installed in the Ram Darbar of temple in his native Mahua in Bhavnagar District are bereft of weapons. He believes that the Gods of future will not need any weapons. Morari Bapu has thus shown a character of Ram quite contrarian to that of VHP’s.
It is possible to establish communal harmony on the basis of Morari Bapu’s conception of Ram. The Hindus believe that their religion is very peaceful. But the politics of Hindutva, imitating the politics of other religions which originated much later in history, is trying to radicalise it. This poses perilous threat to the very existence of Hindu religion.
The Hindu society must stick to the image of Ram as portrayed by Morari Bapu or Mahatma Gandhi and decisively reject the aggressive Ram, the movement for construction of whose temple is based on violence. Only this will save the Hindu religion. To insist on building a Ram temple on the disputed site is not religion but politics. Why should the common Hindu be drawn into this politics?
If the Hindu religion has survived so long in history it is not because of its aggressive character but because of its accommodative nature and value of tolerance. We have not only welcomed people holding different views but even adopted them. The people who want to make it a fundamentalist religion are knowingly or unknowingly harming it.
Acharya Yugal Kishore Shashtri, the priest of a temple in Ayodhya, has opposed the politicization of Hindu religion. He has decided to convert his Ram-Janaki temple into an all faith harmony centre where people believing in any religion and even atheists would be welcome. An ‘All Faith Harmony’ Turst has been formed. Former cabinet secretary of Government of India, late Zafar Saifullah, was also part of this effort.
The politics of Hindutva will create divisions in society whereas efforts of Morari Bapu and Yugal Kishore Shashtri will strengthen the unity within various groups. The people of India have to decide whether they want a violence and rift ridden society or harmony and peace?