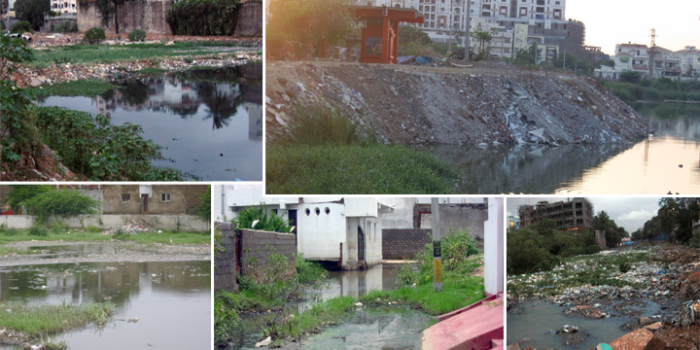 a) We urge your august office to take urgent cognizance of our representation and direct the government of Telangana to immediately stop the ongoing landfill at 17°22’57.38″N, 78°29’55.08″E and proceed against the officials and public representatives of the area for dereliction of duty and wilful omissions and commissions against their bounden duty to protect the Moosi Nadi.

‘The Government, including the Revenue Authorities (i.e. Respondents 11 to 13) having noticed that a pond is falling in disuse, should have bestowed their attention to develop the same which would, on one hand, have prevented ecological disaster and on the other provided better environment for the benefit of the public at large. Such vigil is the best protection against knavish attempts to seek allotment in non-abadi sites.’

‘Further, it will also help in maintaining ecological balance and protecting the environment in regard to which this Court has repeatedly expressed its concern. Such measures must begin at the grass-root level if they were to become the nation’s pride.’

b) Toxic inflows into the Moosi Nadi from the north and south of the city.

The river has been further polluted and encroached over the past 6 years.

Below are geotagged images from the location: