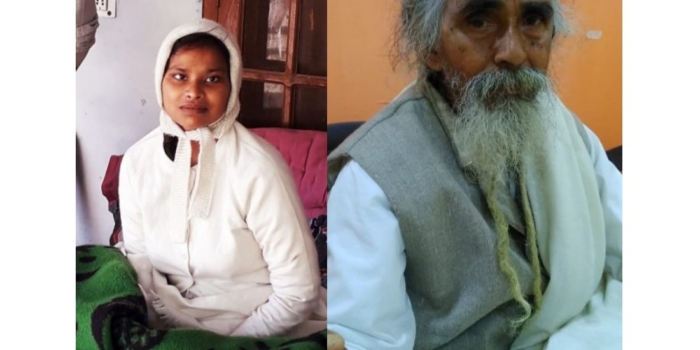 Matri Sadan, Haridwar dedicated to conservation of Ganga and fighting against corruption, has organized 63 fasts so far against illegal mining going on Ganga, various dams being built on it, drainage of sewers into it, etc. Three of their saints have sacrificed their lives for the cause. Swami Gokulanand was murdered in 2003 by sand mining mafia, Swami Nigmanand died in a hospital in Dehradun after 115 days of fast in 2011 and Swami Gyan Swaroop Sanand, earlier known as Professor G.D. Agrawal, who taught at Indian Institute of Technology, Kanpur, died after 112 days of fast in 2018. In addition, Baba Nagnath died after 114 days of fast in Varanasi for the sake of Ganga.

After Professor G.D. Agrawal’s death Brahmachari Atmabodhanand started fasting and he was convinced to give up his fast after 194 days upon an assurance from Raijv Ranjan Mishra, Director General of National Mission for Clean Ganga on 5 May, 2019, two weeks before Varanasi was to go to poll for Lok Sabha from where the incumbent Prime Minister was contesting election, as the government probably didn’t want a second saint to die within a year on the issue of conservation of Ganga, which Narendra Modi had projected as being close to his heart. However, the promises made to Matri Sadan were not kept by the Government and as a result, for the first time in the history of ashram, a lady saint Sadhvi Padmawati decided to go on fast from 15 December, 2019.

Sadhvi Padmawati was picked up by police on 30 January, 2020 and accused of being pregnant, which was not proved in tests conducted on her the next day. However, the allegation was damaging enough to send her into a state of shock from which she has not yet recovered. When Sadhvi was picked, up Brahmachari Atmabodhanand started fasting. After Sadhvi Padmawati was released the subsequent day, both of them continued their fast.

As Sadhvi’s condition deteriorated it was decided by Matri Sadan to take her to All India Institute of Medical Sciences, Delhi. She was on her way to Delhi in an ambulance when the police intercepted and she was transferred in the middle of the road near Roorkee to a government ambulance. As the government ambulance started towards AIIMS, Rishikesh, Brahmachari Atmabodhanand sent a message to Director, AIIMS questioning whether AIIMS intended to kill her like Swami Gyan Swaroop Sanand. After this message was sent the direction of AIIMS ambulance turned towards Delhi and she was admitted on 16 February to AIIMS, New Delhi. On 19 February the security of Swami Shivanand, who faced a threat from mining mafia, for the past 20 years was withdrawn by the district administration because the ashram had filed a case against the Chief Minister and officials of the state and district administration for abduction of Sadhvi Padmawati. Brahmachari Atmabodhanand decided to give up water after this. He was taken by the Uttarakhand administration to AIIMS, Delhi and admitted there on 22 February, 2020.

Thus two Matri Sadan saints were in AIIMS at the same time. Sadhvi Padmawati is in the Intensive Care Unit in a critical condition having lost her voice. Brahmachari Atmabodhanand was discharged from AIIMS on 5 March and Uttarakhand police/administration refused to take responsibility of him. He was lying in the corridor of AIIMS for 5 days before going back to Matri Sadan.

Swami Shivanand, who was feeling humiliated due to treatment meted out to his disciples, Sadhvi Padmawati and Brahmachari Atmabodhanand, decided to ask Atmabodhanand to quit his fast and instead started fasting himself since 10 March, 2020.

Meanwhile, the government keeps ignoring the fasts of saints like it did with Swami Nigmanand or Swami Gyan Swaroop Sanand earlier. The government is intransigent and insensitive. The lives of saints is not so valuable as the profit it stands to gain by benefitting the commercial interests out to exploit our natural resources.

Swami Shivanand is on ‘Ugra Tapasya’ right now taking only 5 glasses of water in a day, without any lemon, salt or honey, which he intends to gradually give up. Obviously if allowed to continue his fast he is not going to live for very long now. Yesterday a delegation of Socialist Party (India) comprising of Sandeep Pandey, Faisal Khan, Syed Tahseen Ahmed, Inamul Hasan, Devesh Patel and Zeeshan visited Matri Sadan and tried to convince Swami Shivanand to give up his fast. But it appears that Swami Shivanand is so hurt by the government’s attitude that he has made up his mind to give up his life.

We ask the government to dialogue with Swami Shivanand, agree to his demands and convince him to give up his fast so that we don’t lose the life of fifth saint for the sake of Ganga.