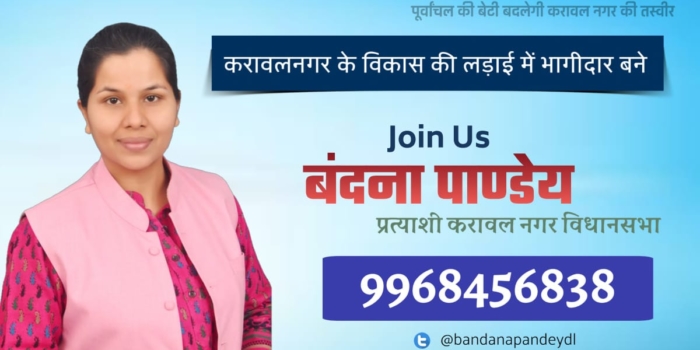 Bandana Kumari, also known as Bandana Pandey, born on 13/1/91, is a candidate of Socialist Party (India) from the Karawal Nagar constituency in upcoming Delhi State Assembly election. She originally hails from Goplaganj in Bihar and completed her B.A. from Patna Women’s College. After that she completed her M.A. from Jamia Millia Islamia University, Delhi and recently she has also completed M. Phil. from Ambedkar University, Delhi. She has been very active in student politics and has been associated with Socialist Yuvjan Sabha, the youth wing of Party for several years.

Today as young people and students around the world take the lead in the fight against injustice, a promising young activist like Bandana, who has been at the frontlines of recent social and political movements to uphold our constitutional values of justice, liberty, equality and fraternity, deserves our support and encouragement.

This is an appeal to support her candidature by either taking out time to campaign for her or make a financial contribution towards her election expenses. Her Bank Account details are given below. Her contact number is 9968456838 and e-mail id is bandanapandey358@gmail.com