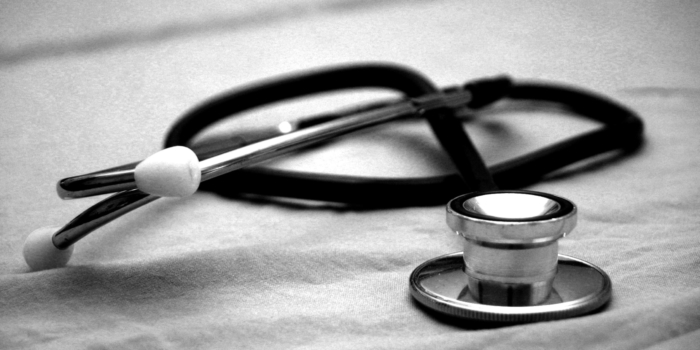 The Niti Aayog has unveiled a plan to hand over district government hospitals to private players. It claims that the guiding principles for the public-private participation scheme will be based on “international best practices”. Socialist Party (India) condemns this plan to privatise India’s public healthcare system. It should be remembered that the Indian government’s per capita expenditure on healthcare is among the lowest in the world (and in the South Asian region). The World Health Organisation (WHO) recommends that countries spend at least 4-5% of their GDP on health to achieve optimal healthcare outcomes. In the current central budget, the percentage of funds allocated for healthcare is 2.25%. This comes to about 1.4% of the GDP, which is much less even than the 2.5% of GDP goal set by the National Health Policy of 2017. In contrast, India spends about 10% of its budget on defence.

In the absence of the political will to provide adequate funding to something as basic and essential as healthcare, placing the blame of the system’s dismal performance on public sector inefficiencies and presenting this as a justification for privatisation, is clearly disingenuous. The problems of inadequate facilities, understaffed clinics and overworked and poorly performing personnel, which plague healthcare in India, are all linked to a lack of financial resources and bad governance, and cannot be solved without stronger government’s commitment to public health, which includes significantly increasing healthcare expenditure. Privatisation can only lead to superficial improvements, while inevitably reducing access for most-in-need by driving up costs, taking us even further from the goal of universal healthcare. India has promised to deliver on the promise of universal health coverage (UHC) where “no one is left behind” in both: National Health Policy of 2017 and UN Sustainable Development Goals. But privatisation of public health is pushing us backwards from these goals rooted in the human rights to health.

People belonging to marginalised communities such as Dalit and other lower castes, Adivasi/Tribal communities, women and other minority groups, face the greatest obstacles in accessing proper healthcare. This is due to a combination of the general low economic status of these groups, as well as deeply entrenched, systemic prejudices against them. In such a scenario, it becomes even more important that instead of abdicating its responsibilities, the government exercise its powers to regulate the healthcare sector in a way which minimises bias and exclusion and ensures equal access to all. A private, profit-driven healthcare system on the other hand, will only deepen these faultlines by inevitably prioritising those who can afford to pay for its services over those who can’t.

Some of the best, most efficient and inclusive healthcare systems in the world are government-run. The healthcare systems of countries like Canada, Iran and Sri Lanka are shining examples. In India too, the current Delhi government has made remarkable strides in improving access to quality healthcare among the general public by making significant investments in close to 200 primary healthcare centres around Delhi, called Mohalla Clinics, and ensuring they are well-staffed and properly equipped. In 2019, the Delhi government allocated 14% of its budget to healthcare. The Niti Ayog would do well to take note of these international best practices.

The Hindu: We need a leap in healthcare spending.